In his hand is the life of every living thing and the breath of all mankind ~ JOB 12:10 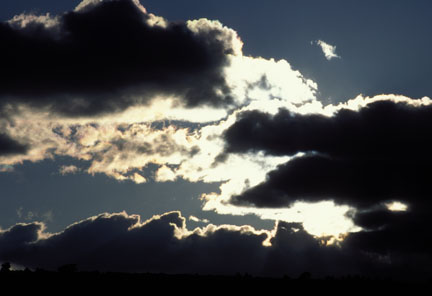 Putting our cat “down”; euthanizing; whatever the word used, it’s an excruciatingly painful time for me and my kids today. Cliff, the brave cat who once saved me from a pack of angry raccoons, has only a few more hours of life before I have to, in essence, take what is left of his life and make that dreaded trip to our vet.

For most of my earlier life, avoiding pain at all costs, I never had to do this to any of my pets. Someone else always did the dirty work. Crouton, our beloved poodle, spared us the anguish by passing peacefully just a few months prior in October.

Now I sit here writing, looking at Cliff take his final breaths. I am nothing less than grateful for this long good-bye. My daughter who made the trip to the vet with me about five weeks ago during a false alarm when Cliff first took a turn for the worst is lucky in a way—being away at school.

My son, a true hero during Crouton’s passing, is working at the moment, and unless things change, I’m taking this on alone; sparing my son. Since 2010, loss has been a constant state of affairs at our house, and the main reason I started this blog. Both my children were abandoned by their father, largely due to his mental breakdown in 2010. Months later, in January of 2011, Rob, my son’s best friend and a good friend of my daughter’s, was tragically killed. Last year we lost Maureen, my dear friend’s sister and a special person in our lives. In the interim, Cliff has been a great comfort to us all, like a large, floppy pillow to sink our sobbing selves into. Now, he has melted down to an emaciated skeleton. A breathing ghost who has not eaten or gone to the bathroom in over a week.

I remember my son cooing those words repeatedly in a soothing manner as he spoke to Cliff in those awful months when the wound from his father’s act of abandonment was raw.

“You and Rob were my best friends!”

These are my son’s words to Cliff recently, echoing down the hallway as we have journeyed through these painful, tearful times that remind our family yet again that nothing lasts forever.

Last week, after I shared Cliff’s story, a colleague blurted, “Move on!” Her words were forceful. When she said them, I thought about a life drawn on a chalkboard and suddenly—erased—fast, clean, efficient until the next messy job I suppose. Sure, death is “messy” when it creeps into a life. It’s unplanned. Downright rude, really. Exhausting and way too emotional. Of course, as relatively sane people that we hope we are, we must move on. However, when death rears its messy head, the manner in which we move on is different.

In the ocean of life, death is like a surfboard of pain and grief that we receive at any given moment. We grip it while trying to steer gallantly forward through the tide of the days that loop our lives. Sure, we lose our balance. We fall off the board. But always somehow climb back on and try to maneuver the damn thing, because, come on, it is ours. We alone take claim to the surfboards of pain that we are dealt, and the ocean’s arms are gentlest when we do not resist her mightiness and, yes, go with the flow—forward, the best we can, as hard as it may be. 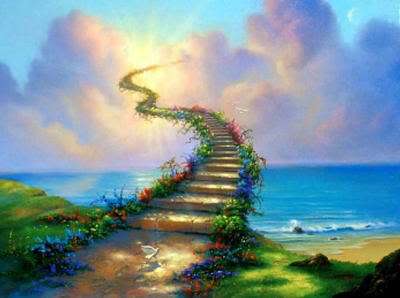 I close my eyes, and imagine a vibrant, young Cliff running and bouncing through a springtime meadow. Underneath me, I anchor myself in the ocean of life; balance on my surfboard as I drift farther from him, and he disappears in the fresh grasses.

Faith is my strength, my solace, the wings beneath my surfboard, flying me forward, onward, in the direction of that great meadow where I will one day reunite with Cliff, Crouton and all those fellow surfers that have imprinted my heart, and we will ride heaven’s waves in an everlasting celebration.

Rest in peace, our most very perfect cat.

Are not five sparrows sold for two pennies? Yet not one of them is forgotten by God.  – Luke 12:6

I didn’t want to adopt the first pet that came into our household 17 years ago. My daughter Alexandra was two at the time; my son Marshall, four. As a working mother running a household, I was already overcommitted.

On a deeper level, I didn’t want to get attached to a pet and someday have to say good-bye. I spent my life as a cat owner, and each time one of my kitty babies passed, I was beside myself. Instead of getting easier, the sorrow was never diluted.  Single and living alone, when my last cat died in the early eighties, I was so heartbroken that I swore off cats forever. Then in 1997, with my then husband and children by my side, I broke my pledge. When we met Cliff, a Maine Coon, he had an aloof character. Lots of street smarts. After all, he was raised and later discovered in an abandoned car in my Godmother’s yard. Her son Ted had adopted him and his sister Judy and took them to his house. Ted owned other cats and asked me if I would open our household to him.

“He’s a good cat. He has all his shots,” Ted said, trying to persuade me since the rest of the family was already sold on Cliff. “It would be nice if you could take Judy too,” he added.

Cliff’s eyes glowed and gazed into us like we were the only four people in the universe.

“Okay,” I finally agreed as the room filled with cheers and happy tears, but, I announced, “we’ll only take Cliff. We can’t take two cats.”

“You won’t regret it!” we heard Ted’s exclamation behind us as we left his home with Cliff.

The first week at home when Cliff burrowed himself behind the washing machine, I thought perhaps the choice had been wrong.

By the end of the week, while I was working in the kitchen, Marshall came up to me with Cliff in his arms.

“How did you ever get him out?” I asked stunned.

“He just came out for me,” my young son proclaimed.

From then on, Marsh had a special bond with Cliff and never once did we regret adopting Cliff into our household that would over the years transform into somewhat of an animal menagerie. In fact, it was Marshall who discovered that Cliff was a Main Coon Cat. A Mainer to a tee, he loved the cold. He loved to hunt. We called him the cool cat. No matter what new animal inhabitants were joining our home front, he never flinched.  When Blossom, whom we adopted a few years after Cliff, had kittens and, crazed mamma bear that she was, attacked me while I held Cliff in my arms, he looked at me as if saying sarcastically, ‘Ah, these new mothers and their hormones.’

Cool, never losing his aloofness, he knew about loyalty and love and once when I was surrounded by a pack of mean raccoons outside my backdoor, he stood his ground and chased them away. In essence, he risked his own life for his family.

Cliff had a sense of humor too and loved to be a showman and trickster and rolled over for us whenever we asked him; treats, of course, in our hands. Speaking of treats, he loved to eat just about anything, which included spaghetti that he would slurp up slowly and delectably, always asking for more.

Most memorable was the incident that made him a neighborhood star. My daughter and I had brought Cliff into her class for her kindergarten show-and-tell assignment. Seconds after I took him out of his carrier, he escaped outside through an open window. Despite numerous mad-search parties throughout the neighborhood, Cliff had disappeared. That is, until seven days later, when he showed up at five o’clock in the morning at our door, which was three miles away from the school! He was unstoppable and spread his cheer with every paw print forward.

Last year we marveled when Cliff turned 16.  We planned for him to live until 20, maybe even 21.  Though he grew tired of performing his tricks, he still loved to devour anything that came across his vision, never losing his a special affection for spaghetti.

Last month, disconcerting it was when he started losing interest in food; suddenly hiding out in the corner of my closet. When we took him to the vet, he was not eating or drinking, throwing up bile and burrowing in my son’s bedroom.  Needless to say, tears overflow in our household, which, three months ago, saw the passing of our darling poodle Crouton.

Marsh fluctuates between being heroic(“Crouton will take him home”) to being in total denial (“I think he’ll live another year.”). A time like this is a call for faith. It is made easier as our family bonds tighter, realizing just how vulnerable we are and recognizing our powerlessness.

The days have been touch and go, and when my BF wondered why we did not put him down when I thought it “was time,” I think the text I shot him says it all: “…if he goes into pain, we will put him down. Not a moment sooner. Cliff is so happy to spend a little more time in the house he loved. Remembering all the voices from the people in the past who loved him.  He hears Crouty barking at him and enjoys every moment as deeply and fully as he enjoyed every other moment of his glorious life.”

So, powerless, heartbroken with paw prints imprinted forever on my heart, we are in the shadow of another good-bye.  And I’ll take no refund of pain and sorrow because in return I’d rather have our legacy of joyous Cliff memories that have enriched our lives so fully we can never ask for more.

Thanks for blessing our house Cliff. Your moniker was “the perfect cat” and never once did you venture from your signature. 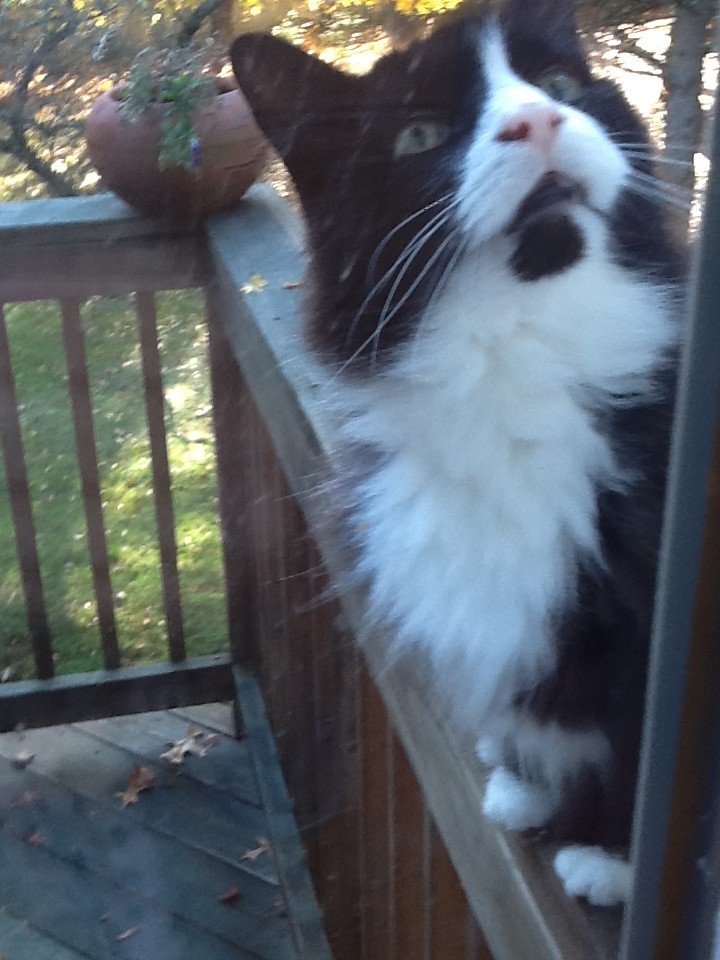 To say nothing of the cat

Life is an Adventure

with no commitments and all excuses

Writing from the Heart with Brian
hcagla.com
kindfeelings

Be kind to yourself and others.